There’s an old saying, said to be an ancient Chinese curse, condemning the listener to “live in interesting times”. In recent years, there have been none more interesting than 2020 (although 2021 may yet give it a run for its money!).

For businesses in Ireland, the potential double economic blow of the global pandemic and Brexit was cushioned by the deft response of the Irish Government to the crises, both in terms of support schemes for businesses and wider tax policy measures. In this blog, we take a look at the most significant tax moves made by the authorities in the Republic over the past year.

The year started with an election and the usual pledges that go along with such things. However, as we know, the year then took an unexpected turn.

It was in March that things kicked up a gear, and in addition to employment support subsidies, one of the first tax actions taken by the Irish authorities (and many others around the world) was the announcement of VAT and import duty exemptions for medical supplies needed to combat the pandemic.

Then, as you might expect given the Republic’s business-friendly reputation, shortly afterwards, the Government unveiled a broad support package for SMEs, including vouchers, reduced-rate loans, and grants to assist with business continuity and improvement.

To keep cash flowing through Irish businesses, Revenue announced in May that businesses would be able to "warehouse" their VAT and payroll tax liabilities and not pay back these amounts for at least a year until normal trading has resumed. Later in the year, in October, this was expanded to include the balance due on 2019 income tax liabilities and 2020 preliminary tax.

Later the Government announced its July Jobs Stimulus Package, which included a bold cut to the standard rate of value-added tax from 23% to 21%, beginning from September 2020. Designed to support consumers and boost demand, under current plans, the cut is due to expire at the end of February.

Consumption was also propped in 2020 by a number of other measures. For instance, over the summer, the Government introduced a ‘stay and spend’ income tax credit for temporarily grounded Irish would-be holidaymakers. And then, once again taking a leaf out of its own playbook for boosting the economy in times of crisis, it announced that the VAT rate for the hospitality and tourism industry would be reduced from 13.5% to 9%.
The tax relief, which will apply from November 1, 2020, to December 2021, mirrors a tax break provided back in 2011, introduced then to buoy Irish businesses following the 2008 financial crash.

2020 ended with good news from the Irish Government. While many expected that revenue receipts collected by governments would tank as a result of the pandemic, Ireland instead reported that its finances were propped up by corporate tax receipts that continued to reach record levels. This buoyed Ireland's end-of-year revenue receipts, which, inevitably, otherwise recorded declines in taxes linked to consumption, such as VAT.

At a time when governments will be considering how to recoup additional spending owing to the crisis, potentially with tax increases, Ireland's finances look rosier now than many had feared in the middle of 2020, and the year didn't end, as many feared, with a no-deal Brexit. There is cause for renewed optimism for Irish businesses as we head into 2021.

SMART MBS has the expertise to provide you with a range of services to support setting up your business or expanding into Ireland. We can tailor a cost efficient package based on any outsourced services that your business requires. To find out more, please download our Ebook here. 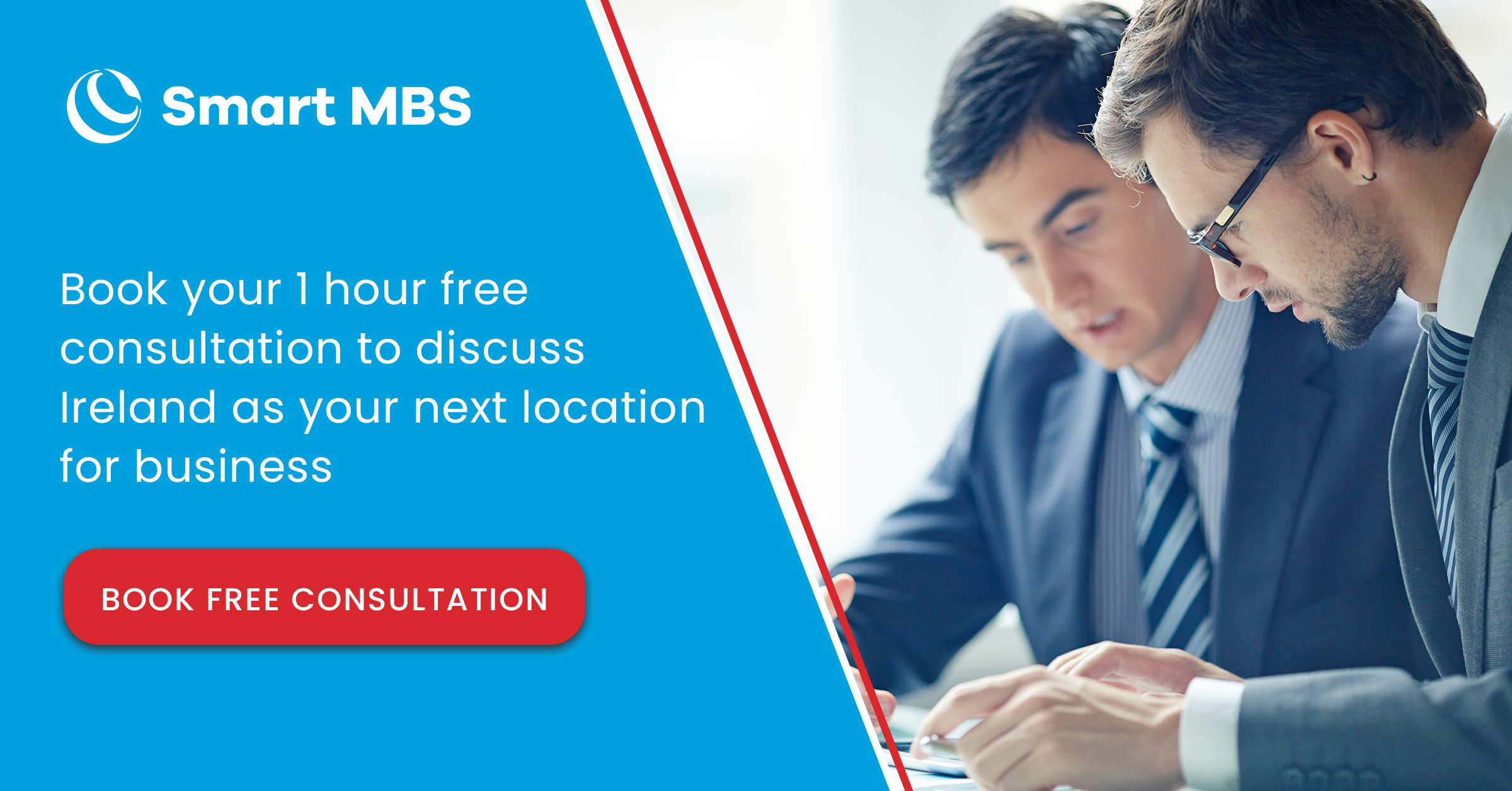